CALL US TODAY ON

Posted in Press and Media

Mark and Penny commented that 10 years ago they would never have believed that OZ Bin Cleaning would have grown to where it is today and they take great pride in playing a significant role in the company’s development. 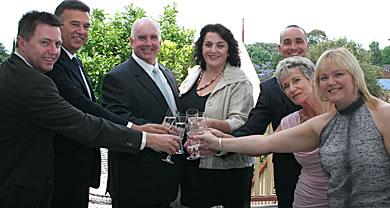 Mark recalls that the business has changed considerably but he feels even more confident in where it is going. Mark and Penny demonstrated their commitment by reinvesting in the business in 2005 by buying the Master Licence for Victoria, and then overseeing new Masters join in 2005 from Queensland and in 2011 from South Australia. Penny added: “The business has gone from strength to strength, so the decision to commit ourselves for a further 10 years was an easy one to make.”

All we need is a few details and we'll be in touch.

Sign up to our newsletter to keep up to date with OZ Bin Cleaning's latest news and deals!